During the last 82 years, “on the mountain” has risen to the top of the town lexicon.

It’s a fitting phrase for Upper Greenwood Lake, the largest of West Milford Township’s recognized 18 lake communities. At 1,135 feet, it’s a 505-foot climb from Greenwood Lake through a forest littered with the region’s quartz-speckled and glacier-polished trademarks. The durable purple rock colloquially called puddingstone, but known to geologists as Schunemunk conglomerate, is an area exclusive that is heavily exposed on Bearfort Ridge – the 2-mile divide between the two lakes.

For the first residents, the trek to “U.G.L.” was up a relatively narrow dirt road, according to longtime resident and community historian Julia Held. Warwick Turnpike remained unpaved until 1936, four years after the Mirror Holding Co. started the development around the area formerly known as Moe, after landowner Ira W. Moe. Moe’s Tavern, built in 1903, was one of the community on the mountain’s first landmarks. It later became the Mount Laurel Inn.

According to Held, Upper Greenwood Lake really blossomed when Mirror Holding purchased the roughly 1,500 acre area in 1932. The company quickly built a clubhouse at the highest point off the southwest shore and advertised 20-foot-by-100-foot lots in the New York Daily Mirror for $97.50. Buyers needed to put down for four lots and a newspaper subscription, however. They also needed to prepare themselves to live next to a swamp rather than a 400-acre lake.

Swampy start
Before all 10.5 miles of the lake’s shoreline took shape, Mirror Holding paid self-equipped locals $5 a day to clear cut what was to become the lakebed, according to Held. Some of the stumps, but not all of them, were hauled out by mule teams. Prior to the job’s completion, the dam at Long House Brook was rushed into completion to appease early landowners who were promised a lake. (Locals got a grim reminder of that just prior to Memorial Day 2010, when the lake was temporarily closed to recreational traffic after stumps started dislodging from the lakebed. Upper Greenwood Lake Property Owners Association (POA) spokesperson Karen Sarnowski said they became unstable after the lakebed froze during a routine winter lowering to aid dock repairs.)

It was just one year in when the POA was formed. In 1933, it bought the existing streets, the strip of parkland comprising the lake’s shore, and the former clubhouse for $1. Initially managed by the parents of Suzanne Cartal, the girl featured in the original Daily Mirror ad, Held said the clubhouse was also the first sales office – benefitting from its view of the lake community’s 10,241 numbered lots. It was renovated in 2007 as a private residence with the original fireplace and chandelier. 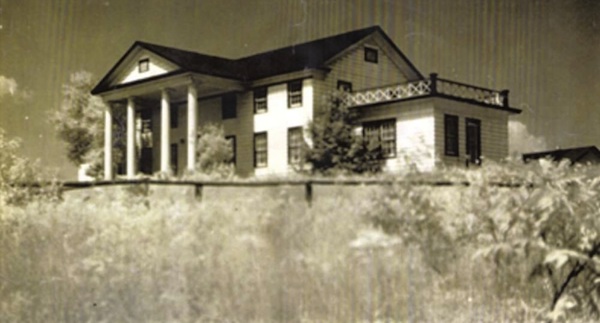 In its early days, however, it served as an extension of St. Catherine of Bologna’s Church in Ringwood, holding religious services prior to the construction of St. Cecelia’s Church in 1938. It also held boxing bouts, which was a reflection of the community members themselves, according to Held. As opposed to the other summer communities in the post-Depression era, including the now incorporated Mt. Laurel Lake community, she said Upper Greenwood Lake was notably less prim.

“We were not the upscale, like Sparta. We were the blue-collar worker community,” Held said. “There were people of every ethnic group you could think of and we all hung out. It was good times.”

Lake-centric community
Accounts of those times first went to print locally in May 1935, when the Upper Greenwood Lake News was initially released. Two-year subscriptions to the former community newspaper were free with a $3 lake association membership. The first issue featured an account of a high-diving exhibition on the lake, which was the hub of the community’s social and recreational activities.

Not everyone was a “beach person,” according to Held, but everyone hung out at the lakeside. And just as the various cliques had their lakeside haunts, neighborhoods had their corner stores.

There was the Beach Restaurant that offered deli meats and ice cream, which was purchased by Jim Morreale in the 1940s. Lou Salada had Louis’ Market. Guy Frutell’s grocery and gas station off Warwick Turnpike was made famous by occasional cannon fire. It was later owned by Fred Steinman, who offered cottage rentals for vacationers.

Legend has it that Fred’s Landing was the same referenced in a 1953 Honeymooners sketch called “Vacation Plans (Vacation at Fred’s Landing).” In it Alice Kramden prepares to go to Atlantic City while husband Fred Kramden plans a fishing trip to Fred’s Landing.

Fred’s Landing later became the Mountain Jug, then the Waterfronts, and now Sue’s Waterfront Deli and Catering, which to this day provides locals with convenience items.

Held said Stegemann’s Tavern popped on the scene early in the 1930s to accommodate a social scene that expanded in step with the community. Stegemann’s Hotel was built later that decade and served as the north-end social center overlooking the dam. Dances were popular in the 1940s and, in spite of nights of polka loud enough to shake the rafters, it still stands. It was also known as the Beach Cliff and later the Lakeside Inn, Held said. The Turnpike Tavern was built along Warwick Turnpike in 1937 by Peggy and Ed McGroarty. It later became Joe Senft’s Joe’s Tavern and then the Appalachian Restaurant.

Recreational therapy
A hot spot for the younger crowd was the jukebox-sheltering Sugar Bowl owned by retired New York City police officer Joe Sheehan. Sheehan also owned a laundromat at the corner of Lake Shore Drive and Warwick Turnpike. And, he built a bridge over the parkland strip to a dock where he rented boats, much to the ire of the POA. Sheehan was one of nine boat renters in operation in the late 1940s who were sued by the lake association for allowing outsiders to fish. Four, Sheehan not included, were told they must transfer their property rights to transfer the right to fish the lake.

“It’s unique as a private lake. Anyone who has a deed that goes back to then has a right to use the lake,” Held said.

For leisure, swims at the lake and sunning on the beach dovetailed with board games for the kids and pinochle for the dads.

The beach had a pier where motorboat tours were launched and trips to the Oakland Theater in Warwick, which closed in 1972, were popular. As early as Independence Day 1936, the community had electricity. A grant ceremony from Orange & Rockland Utilities marked the occasion, taking residents out of the dark ages – as long as they would shell out for the poles needed to string the wires. For years after, ice was still carted up the hillsides to various bungalows from lakeside warehouses. Like Held’s home and thousands more throughout the township, many residences were not converted to year-round homes until after World War II. Still, the community did have a white one-room schoolhouse even in its earliest days that sent the community’s first students to Butler High School. Upper Greenwood Lake Elementary opened in 1967.

For more information on the history of Upper Greenwood Lake, read “Upper Greenwood Lake – Reflections of the Past” by Mary Loudin and Held, a former West Milford Volunteer of the Year.
The original Upper Greenwood Lake community clubhouse as it was shortly after construction in the 1930s. The manor is now a private residence that was renovated in 2007. It still features the original fireplace.The Upper Greenwood Lake Property Owners Association’s new clubhouse sits lakeside, providing an expansive view of the 80-year-old, man-made lake. – See more at: http://www.northjersey.com/community-news/upper-greenwood-lake-west-milford-a-short-history-1.679407?page=all#sthash.V2YkhUXm.dpuf